Union Commerce and Industry Minister Piyush Goyal said that Indian Railways will be the first such railway in the world, which will be 100% electrified rail network.  At the same time, we will be the world’s first rail network, which will be free of carbon emissions by 2030 and will be powered by clean energy. He said that India is keen to involve Brazil in this project. Explaining that Goyal also claimed in November that the railway is continuously increasing electrification for a better, pollution-free future. 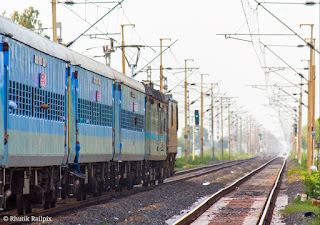 Goyal had said that the target of electrification of the entire railway in the next 3-4 years, making it the world’s first carbon emission-free railway. Railways are also producing solar energy to meet their needs. He told that the government is working to dismantle the old coal plant. This will help to eliminate pollution. The central government is emphasizing on the electrification of railways to deal with the dangers of climate change. Under this scheme, electric locomotives are being increased by reducing the number of diesel engines on different busy routes.