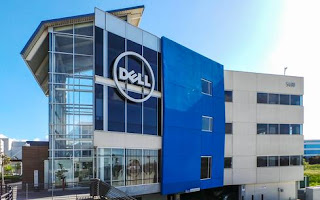 Dell XPS 15 inch has support for up to 23GB of RAM. The special thing is that it has a 9th generation Intel Core i9 processor with 1TB SSD storage. Its price is Rs 1,66,990. The sale will be from September 24. This price is for the initial variants. The starting price of the 13-inch variant is Rs 1,13,990. You will be able to buy it from October 2.

Alienware laptops are better for gaming lovers. The company has introduced two new gaming laptops. These include Dell Alianware m15 R2 and Dell G3 15 (3590).  One model has a 15-inch UHD OLED screen. The laptop comes with 9th generation Octacore Intel Core i9 9980HK processor. It has support for 16GB of RAM and 1TB PCIe M.2 SSD.

For graphics, it has the support of dedicated NVidia GeForce RTX 2080 and VRAM is of 8GB. Its price is Rs 1,88,490 and its sale will start from September 24. You can buy its other variants with a starting price of Rs 70,990.