During the foundation stone laying program of Indore Metro, Chief Minister Kamal Nath had announced that possibilities of running metro or light metro for Indore – Ujjain, Indore – Dewas and Indore – Pithampur routes would be explored. Doing so will reduce the pressure on Indore. CM also announced to build Mahakal Corridor between Indore – Ujjain.  After this, the government has entrusted the task of quick feasibility survey to DMRC. During the survey, DMRC will see how much traffic there is on the three routes i.e. how many private, government and public transport modes run daily and how many passengers travel in them. If Metro or any other train based public transport system is brought on these routes, it will be successful or not? 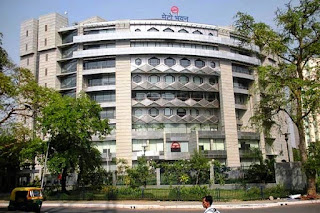 Durgashankar Mishra, Secretary, Union Urban and Housing Ministry, who came to Ujjain recently, ruled out the possibility of running a metro train between Indore – Ujjain. He had said that the population of Ujjain is less, so instead of the metro on this route, more public transport means should be considered. It will cost billions of rupees to build the metro train corridor, but according to that, passengers should be available to use that service. Options like BRTS Corridor should be explored on the Indore – Ujjain route.

In addition to assigning the feasibility survey to DMRC, the department has also signed a contract with DMRC. Only after the survey report will be able to decide whether it is possible to run the metro on these routes? It is expected that within a year the survey report will be received by the government, based on which the decision will be taken.

Government to give New Year gift to Ghaziabad, Soon New Metro line will be Laid