Let us tell you that the company has launched the Play Pass service this week.
Let us tell you that this week, special service is available for Android users in America. Soon the company will extend it to users in other countries as well. This service is currently being made available for users with a 10 day free trial. After the end of the free trial time, the users will have to pay a specified amount for this service. 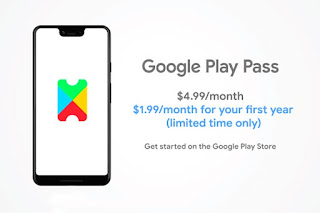 After the trial, users will have to pay a monthly charge for the service. Users can share the subscription with up to five people. Also it can be linked to Google parental control. Every month new apps and games will be added to this service. Let us tell you that this Google service is like the ‘Arcade’ of Apple.

Google has said about this service that Play Pass is a new subscription service, which provides more than 350 apps and games to users. In this, users will also not get advertisements. Google Play Pass will have AQWeather collection of titles from Stardew Valley.

For this service of Google, users will have to pay $ 1.99, which is about 141 rupees, which is much less than the service of Apple Arcade, which is $ 4.99. For this, users will be given a free trial period of 10 days.