Sign in
Welcome!Log into your account
Forgot your password?
Privacy Policy
Password recovery
Recover your password
Sign in
Welcome! Log into your account
Forgot your password? Get help
Privacy Policy
Password recovery
Recover your password
A password will be e-mailed to you.
News India Simple and Effective News
Home CEIR Government of India Launched CEIR Web Portal to Find Lost or Stolen...
Facebook
WhatsApp
Twitter
Telegram
Smartphone theft incidents have increased a lot in the country, keeping in mind that the Government of India has started a web portal. Union Telecom Minister Ravi Shankar Prasad has laid the foundation of this portal. People of Maharashtra will first able to take advantage of this. If users’ phone is stolen, they will be able to complain on this portal. At the same time, users can also give information in the Ministry of Telecommunications through a call on helpline number 14422 along with registering an FIR. After this, the Department of Telecommunications will block the stolen phone. The Department of Telecommunications will detect the phone with the help of IMEI number.

GSMA is the organization that releases IMEI numbers for each mobile. Without this number, no SIM will run in mobile. The service provider for the CIER mechanism is also being responsible. Under this, telecom companies will continue to match the IMEI’s data for GSMA data. 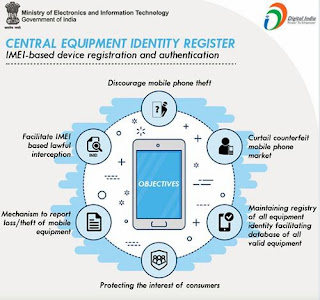 Along with this, the government has started the project named Central Equipment Identity Register (CEIR). At the same time, Rs 15 crore has been spent on this project. The Department of Telecommunications will block the service of all lost or stolen smartphones from this system, Whether the phone IMEI number or SIM is changed. This system will connect the department to IMEI database of almost every mobile.

The official of the Department of Telecommunications has said that the theft of mobile poses a threat to the security of the country along with the loss of its user. Apart from this, personal information of the user can also be leaked. We will try to reduce the incidence of theft through this system. Let us tell you that the government has launched this project in Maharashtra. CEIR will soon be launched in all the states of the country.