Preparations to introduce an automated metro from Vaishali to Mohan Nagar is almost complete. The city is going to get the gift of another metro line soon. The DMRC has informed about the new metro line in its preliminary report in GDA on Thursday. 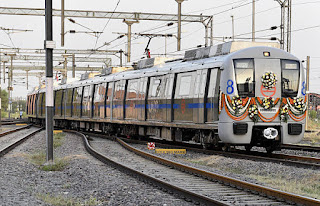 The report said that the supervision and protection system of this metro will be automatic. The final DPR of this project is to be submitted to the authority by next week. On Thursday, a meeting with DMRC officials was held with GDA in which Phase 3 of the metro from Vaishali to Mohan Nagar has been discussed. Metro Rail will be fully operated from the control room. 4 stations will be built on this corridor, besides that route length is about 1 km increased. Due to this, its cost has also been increased.  However, the design of Sahibabad metro station has also been changed, as it will be made bigger. This has also increased the cost of the corridor. Earlier, the cost of this corridor was estimated at Rs 1438 crore, which has now increased from Rs 370 crore to Rs 1808 crore. 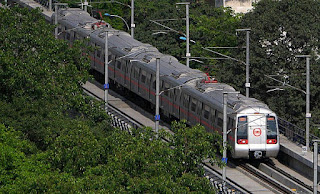 Vaishali and Noida Metro will be now connected directly to Mohan Nagar. Earlier there was plan for building an interchange in Sahibabad, which will be not built. In future, after the metro track is ready on both the routes, the movement from 1/1
Vaishali and Noida to Mohan Nagar can be done. DMRC has changed its allocation in the revised DPR. However, on this route, passengers of rapid and metro will be able to meet together in Sahibabad. On Sahibabad, metro will be made on one side of the road and Rapid Rail Station on the other side. These two stations will be connected through foot overbridge and this foot overbridge will be 150 meters long. This will allow passengers of metro and rapid trains to change trains.