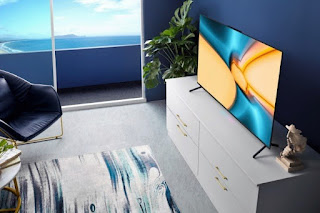 There are two models in this series – Honor Vision and Honor Vision Pro. Both of these models have a 55-inch 4K HDR display with a three-sided bezel-less full-view design. But the most special thing is that they will provie a smart pop-up AI camera, from which users can make 1080p video quality calls. In addition, it can detect the bodies and postures of the users and also identify their faces.

Talking about hardware, there are three chipsets – Honghu 818 Intelligent Display Chipset, AI Camera NPU Chipset and the flagship level Wi-Fi chipset. Their Family note function allows users to transfer 600 megabytes of images between their smartphone and display in just 20 seconds, which is 100 times faster than Bluetooth. In Honor Vision, you will get 16 GB while in Vision Pro you will get 32 ​​GB of storage.