For this, the bank has deployed robots to count notes in its currency chests present across the country. Also, let us tell you that ICICI has become the first bank in the country to use this technology. 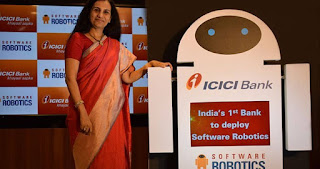 Regarding the deployment of the robot in the bank, Anubhuti Sanghai, head of operations and customer service of ICICI Bank, said in a statement that these robots are serving in branches of 12 main cities of the country including Mumbai and New Delhi.

According to the reports, these robots can count the notes of Rs 60 lakhs in a day. According to Anubhuti Sanghai, the total 14 robots are serving in their branches in 12 cities. In which branches, these robots will work to count notes names are Mumbai, Sangli, New Delhi, Bangalore, Mangalore, Jaipur, Hyderabad, Chandigarh, Bhopal, Raipur, Siliguri and Varanasi. 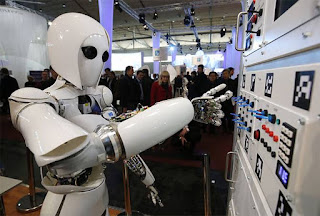 Anubhuti told that these robots doing note counting have many types of sensors in their hands that can identify fake notes. These robots examine a note to more than 70 standards. These robots can work for hours without making mistakes.