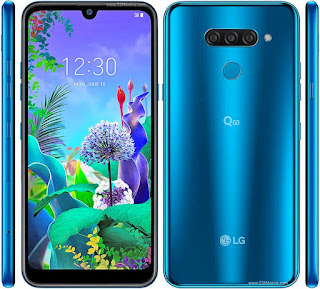 The price of the LG Q60 will be Rs 13,490. The company has just launched this smartphone in single variant in market that is 3 GB RAM and 64 GB storage. The sale of smartphone will start from October 1 on Offline and Online platform. The handset will be available in Moroccan Blue Color.

LG Q60 has 6.26 inch HD+ display with 19:9 aspect ratio and comes with waterdrop notch display. The phone has been given 3GB RAM with octa core processor. It will have clock speed of 2 GHz, Mediatek MT6762 Helio P22. The inbuilt storage is 64 GB and it can be extended by using MicroSD card up to 2 TB.

The LG Q60 smartphone come with triple real camera setup. There is a 16 megapixel sensor which is equipped with PDAF. It has 2 megapixel depth sensor and 5 megapixel super wide angle sensor along with 13 megapixel in the front for selfie.

The phone battery capacity is 3,500 mAh and its dimension is 161.3x77x8.7mm and weight is 172 grams. The phone has rear fingerprint sensor and comes with dual app feature. It has slight button for Google Assistant.