Divisional Railway Manager Yatendra Kumar shared this information on Wednesday with Press/Media when he was Inspecting Bhagalpur station. He said that JanSadharan Express will arrive Bhagalpur at 5:45 PM and will leave for Anand Vihar Terminal at 11:10 PM. Although no official timetable has been released yet. 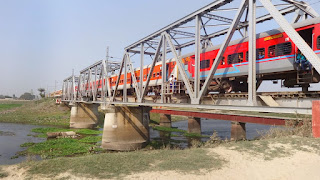 Bhagalpur station is being decorated like Bhopal: DRM said that the look of Bhagalpur station will change within six months. The Station will look like Vikramshila University, work is going on it. Earlier, DRM inspected the washing pit, coaching yard, running room, platform number 1 waiting room, including the station premises. 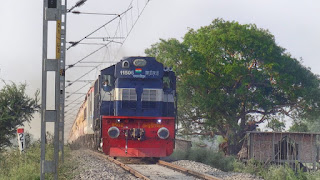 After the inspection, he held a meeting with the officials in the lounge. The DRM said that Bhagalpur station will be decorated like Bhopal. Ordered to build lift till the system of Escalator is improved and instructed to focus on the station cleaning system. Seeked cooperation from the passengers in making the system better. The DRM also inspected the Child Help Desk.