Sign in
Welcome!Log into your account
Forgot your password?
Privacy Policy
Password recovery
Recover your password
Sign in
Welcome! Log into your account
Forgot your password? Get help
Privacy Policy
Password recovery
Recover your password
A password will be e-mailed to you.
News India Simple and Effective News
Home Central Pollution Control Board Pollution Control Board will decide cleanliness at Railway stations
Facebook
WhatsApp
Twitter
Telegram
Chakradharpur, Rourkela and Jharsuguda stations, including Tatanagar, will now get certificate of clean and green station on the Pollution Certificate issued by PCB. On Tuesday, Railway GM SK Mohanty of South Eastern Zone gave this order to DRM VK Sahu and other Senior officials of Chakradharpur through video conference. GM cited the provisions of the National Green Tribunal Act. National Green Tribunal Act, 2010 is an Act of the Parliament of India which enables creation of a special tribunal to handle the expeditious disposal of the cases pertaining to environmental issues. 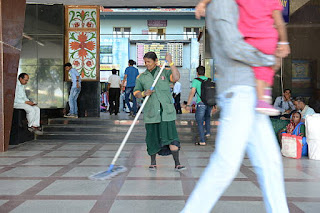 This has made it necessary for the Railway Board to take NOC from Pollution Control Board for all the four stations, otherwise these stations will be failed in cleanliness ranking. Till now NOC from Pollution Control Board was mandatory for Railway Yard and other commercial places. However, Tatanagar Railway Station has received 14001/2015 certification. Earlier got recognition as an eco-friendly station. Along with it, Chakradharpur, Rourkela and Jharsuguda station have also got the certification. Under Pollution Control, Solar Panels, Plantations, Water management, Solid Waste management, Water harvesting and Water Recycling Plants are there. Here, with the new order of GM, given to Department of Commerce, Carriage, Health and Engineering to take NOC immediately from Kolhan and Odisha Pollution Control Board.