Sign in
Welcome!Log into your account
Forgot your password?
Privacy Policy
Password recovery
Recover your password
Sign in
Welcome! Log into your account
Forgot your password? Get help
Privacy Policy
Password recovery
Recover your password
A password will be e-mailed to you.
News India Simple and Effective News
Home Rae Bareli Railways going to give big gift to Raebareli, Electric Engine trials conducted
Facebook
WhatsApp
Twitter
Telegram
Rae Bareli: The Parliamentary Region of Sonia Gandhi, the Parliamental Region of Sonia Gandhi is considered VVIP judgment across the country, because she is also President of Indian National Congress, but in many ways Raebareli has been very behind the race of development. But Rae bareli is going to get big gift from the Indian Railways. In fact, the first time train operations with electric engines in Rae bareli after Independence. Indian Railways has conducted trials with electric engines from Unchahar Railway Station to Baiswara of Rae Bareli. It is believed that the operation of trains with electric engines will be soon started. 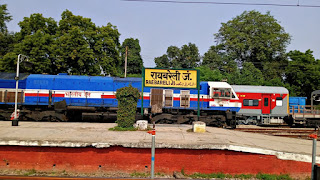 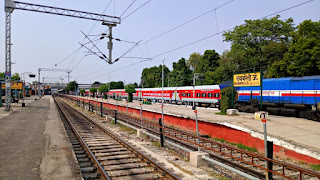 Along with this rail route being electrified, the Rail Coach Factory at Lalganj, Rae Bareli has also been connected, so that the newly constructed rail coaches will now be sent to the entire country by electric locomotives. According to the station Master, on Sunday, the entire rail route has been inspected by running the electric engine, soon electric trains will start running on this route.