Sign in
Welcome!Log into your account
Forgot your password?
Privacy Policy
Password recovery
Recover your password
Sign in
Welcome! Log into your account
Forgot your password? Get help
Privacy Policy
Password recovery
Recover your password
A password will be e-mailed to you.
News India Simple and Effective News
Home CYBER SECURITY These Seven Big Companies Join Hands to Fight Against Cyber Fraud with...
Facebook
WhatsApp
Twitter
Telegram
Along with the advanced of technology in the country, online fraud is also increasing rapidly. Hackers are finding new ways everyday to loot people. In such a situation, incidents of cyber crime are more raising out in which millions of rupees are withdrawn out of the accounts of people.  MakeMyTrip Group, Paytm, Zomato, Oyo, Swiggy and Uber have joined hands to rein in such cases. According to the report, cybercrime in the country has increased by 22%, fund transfer 15%, data theft 15%, identity theft 12% and card phishing by 17%. 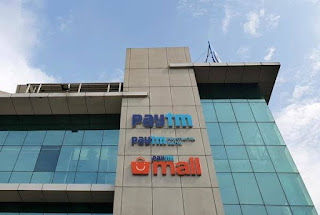 According to the report, these companies have held a meeting with the Reserve Bank of India on the issue of cybercrime. In this meeting, RBI had discussed with the companies to prevent online fraud. Hackers use methods such as fake toll-free numbers and serial bank account number account generators for cybercrime. Apart from this, companies have shared 4,000 SIM cards and 350 to 400 bank account numbers with RBI, SBI and Telecom companies through which frauds have taken place. In other words, all these numbers have been used for online fraud.

From the Make My Trip group to Uber, they have asked help from the Giant Search Engine company Google to curb cybercrime. Hackers use Google’s feature to show their fake toll free number at the top of the search list. Because of this, common customers get caught in the fraud. Apart from this, many hackers also commit criminal activities by creating fake sites of the bank.