Sign in
Welcome!Log into your account
Forgot your password?
Privacy Policy
Password recovery
Recover your password
Sign in
Welcome! Log into your account
Forgot your password? Get help
Privacy Policy
Password recovery
Recover your password
A password will be e-mailed to you.
News India Simple and Effective News
Home Gonda Junction Two Washing Pitline with Modern and Automated Technology Under Construction at Gonda...
Facebook
WhatsApp
Twitter
Telegram
A new facility at Gonda Station is going to be added to the ongoing work on the development of the Railways, with the construction of three new platforms, now the construction of two washing pitline has been started. These washing pitine are being constructed with 16 crores Budget. The trains originating from Gonda Junction, will not have sent to Washing Pitline of Gorakhpur or Lucknow for their Cleaning and Washing. After a gap of five and a half years, two washing Pitline of Gonda Railway Yard will be ready by June 2020.

In the year 2013, Gorakhpur loop line (Metre Gauge) from Gonda via Balrampur started converted in to Broad Gauge. So in June 2014, the Washing Pitline at Gonda Railway Yard was scrapped. After that Gonda has not had a washing pitline to till date. The Railway Board announced the construction of two washing pitline at a cost of 16 crores in the 2018-19 budget. For which the Railway Board gave the budget to North Eastern Railway. In the same sequence, the work of constructing two Washing pitline of 8 – 8 crores near the Eastern End of Gonda Railway Yard Near Soni Gumti has started on a War Footing. Along with the formation of washing pitline, the number of employees of at Gonda Railway Station will increase by about 3000 as well as Gonda Railway Station will be identified on the lines of Gorakhpur and Lucknow. This yard will be counted in second number of North Eastern Railway. 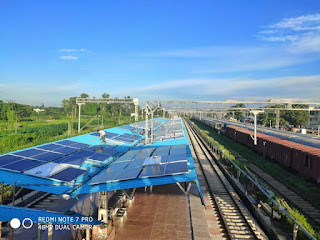 The length of the washing pitline to be built at a cost of 16 crores will be 650 meters. In which a rake of 26 Coaches can be stacked, which can be washed and cleaned simultaneously. This means two trains will stand on two lines. The first pitline will be for DEMU and MEMU trains, while the second will be for Express and Passenger trains. 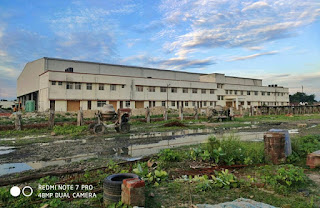 The Gonda Railway Yard will be ready by May 2020 as the number second of the North Eastern Railway, which will be equipped with Modern and Automated Technology. In this sequence, two washing pitline will also become operational in Gonda Yard. Dr. Monika Agnihotri, DRM Lucknow Division, North Eastern Railway