According to media reports, the new Thar size will be larger than the model currently being sold. At first glance, New Thar looks similar to Jeep CJB3. The new generation Mahindra Thar SUV gets an iconic 7 slot grill and classic round handlapse at the front. There is possibility of a strong bumper in this new SUV. 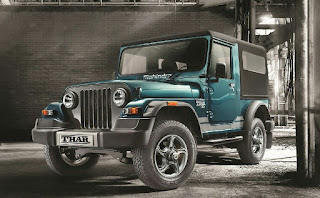 This SUV is set to be launched in India just before the BSVI regulations come into action. In such a situation, the new generation Mahindra Thar is set to be launched with many major changes, including technical changes. This new SUV from Mahindra will get a full size tailgate at the rear and a spare wheel on it. The New Thar will be wider in size than the SUV currently being sold. 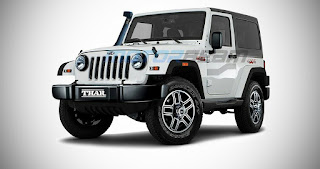 Previously available spy shots revealed the cabin of the car, which showed space for the touchscreen infotainment system. The air convents of the car showed a glass black finish. Apart from this, automatic climate control will also be provided with this SUV.

The new steering wheel is said to be multifunctional in 2020 Thar. Talking about the interior, the multi infotainment display makes its cabin more luxurious. According to media reports, the 2.2-litre mHawk engine will be given with Mahindra new generation Thar, its engine will be in accordance with BSVI criteria. It will also get a 6 speed manual gearbox. 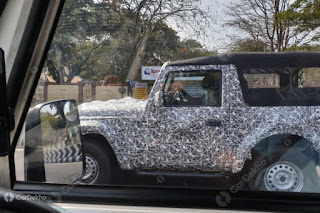 Let us tell you that, under the AIS 145 safety norms that came into action on 1 July 2019, it will have facilities like driver airbag, rear parking sensor, speed alert system. This new Thar SUV from Mahindra is expected to debut at Auto Expo 2020.